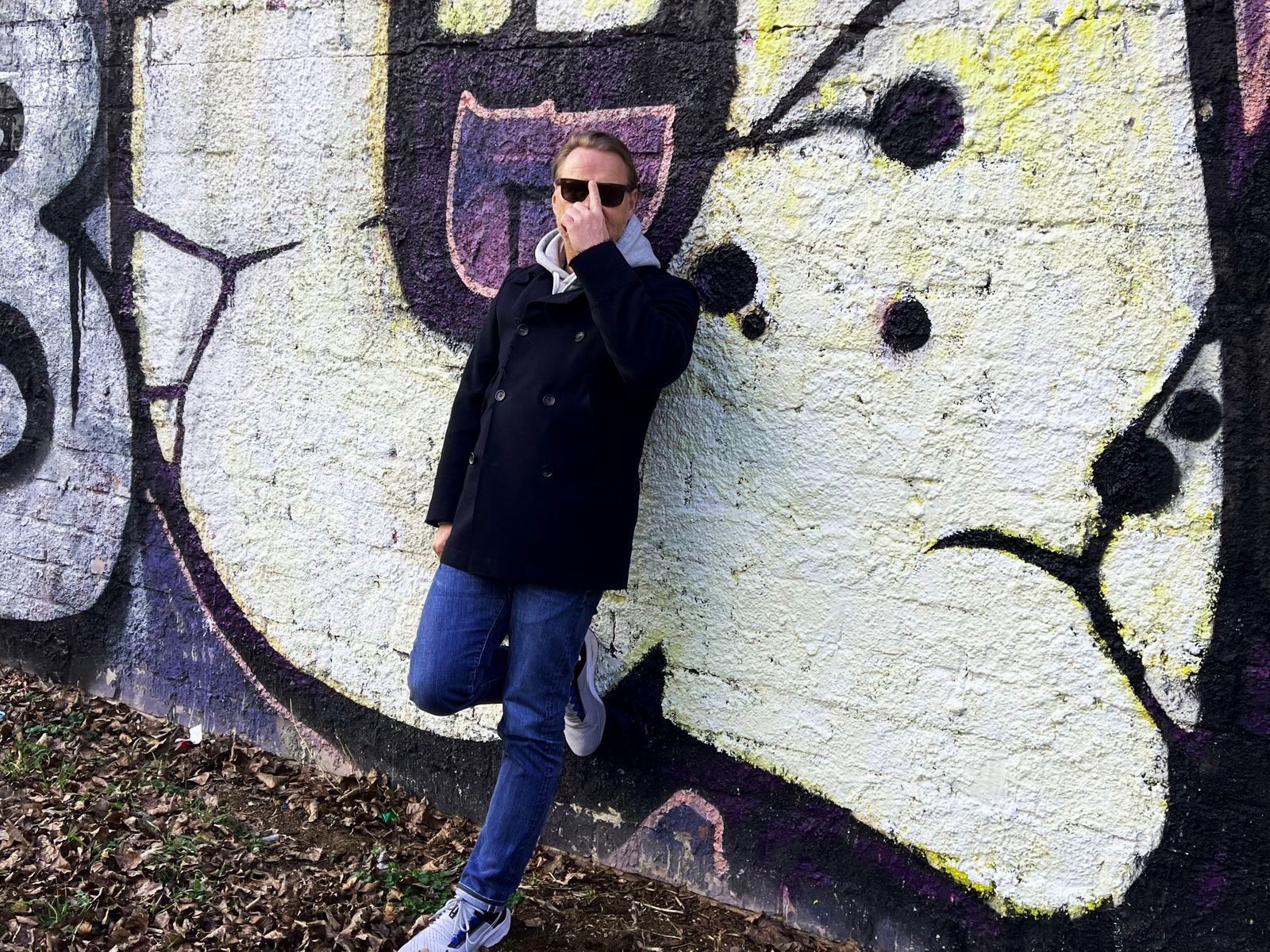 Interview with Richard von Kalmar
Songwriter, composer and producer of The Badly Behaved, based in Berlin

What is the story of the song “Who am I?”, which is also the title of the album?
The central character of “Who am I?” is a successful actor or musician who asks him or herself this question. But actually, we all ask ourselves this question. This question makes us restless. It corresponds to our zeitgeist, much more so than it did 20 or 30 years ago. Other questions arise from it, including; How do others see me? What should I do? What should I say? How should I dress? How should I behave? That is the central theme of this song.

How did you get into music?
I started by learning guitar, so that was my first instrument. But, I also listened to a lot of music as a teenager and played the songs I liked over and over again. This was in the 80s and I was living in Glasgow, in Scotland at the time. The song ‘Blue Monday’ by New Order was one first songs that inspired me to write songs myself and produce them with synthesisers and drum machines. ‘One more Chance’ by the Pet Shop Boys produced by Bobby Orlando was another songs that inspired me, as did ‘Sensoria’ by Cabaret Voltaire. They made me aspire to write and produce electronic music. I bought a Cassio Synthesiser and a Roland TR707 drum machine as soon as I could afford them and got to work. Back then I spent most of my time in my room making music.

Can you still remember your teenage years in Glasgow in the 80s?
Glasgow was a former shipbuilding city in the 80s. I was quite inspired by this big city with its desolate industrial neighbourhoods. There was quite a big indie music scene and I had a lot of friends who also made music. It was really inspiring for me to be there. I went to a lot of concerts too and played in a band.

How did you experience the concerts back then?
Most of the bands I liked played at The Barrowlands. The concert hall was in a poor and dirty part of Glasgow, but the big acts like Depeche Mode played there. I saw New Order there several times and Jesus and the Mary Chain three or four times. On weekends, I bought bootleg tapes there, which were tapes of demos or a concert that you couldn’t buy in a normal music store. For example, I bought Joy Division’s ‘Warsaw Demos’ there and it always meant a lot to me. I would always take the train or bus into town from Kelvinside, where I lived, and it would take 30 minutes to get there.

Talking about Joy Division … If you were to meet Ian Curtis, what would you like to talk to him about?
I would ask him what the most important motivation for him to write his songs was. Of course, each one of his songs has a different theme and they address different issues, feelings and thoughts, such as ‘She’s lost control’ and ‘Isolation’, as two examples. I think his own life and his own problems gave him the context and the ability to write these songs. Of course, his strong, deep voice contributed to the beauty of Joy Division’s music too. A Danae gift.

Do you think personal motivation is important in making music?
Yes. You have to write from your heart and with feeling. The things I see that I think are good or wrong trigger strong feelings in me. I’ve been writing lyrics since I was 13. It’s always been a matter of the heart for me.

How did you come to Glasgow back in the early 80s?
I was born in Cologne, in Germany to a German mother and a South African father. My father was a diplomat and he was stationed in Scotland at the time, which is how I ended up there.

The Badly Behaved is a digital studio project. What instruments do you work with?
The album is made exclusively with samples and synthesiser sounds. The technology has become so good that you can do so much and there really are no limits, in terms of the instruments you chose to use. On “H&M” I used a lot of guitar sounds. Power chords, thick and strong riffs and plucked strings. I like to use strings, like cellos and violins. The classical instruments mixed with synthesiser sounds can create really good combinations.

Which producers have influenced you?
First of all Trevor Horn. He, just like the song ‘Blue Monday’, made me take an interest in producing music. His work, with samplers and use of a Fairlight, and how he used instruments and sounds was very impressive to me. What he did with Frankie Goes to Hollywood and Propaganda really impressed me. Stephen Hague, as a producer for New Order, also influenced me a lot.

You work with different singers. How come?
Different singers and voices suit different songs. For the ‘H&M’, which is about Harry and Meghan, I worked with Stewart Irving. He’s Scottish and normally plays guitar in a rock band. The way he sings and his voice suit this song. ‘High as hell’ I sang myself, it’s more of a rap. This song is about a drug dealer who is aware of everything that is wrong in his life but he can’t bring himself to change it. The song and that way of singing the verses suited me.

Many of your songs allude to double standards. How did that come about?
Hypocrisy has always been something I’ve hated. It annoys me to experience double standards. That’s what drove me to write about the royal family in Britain, with the song ‘H&M’. And the corrupt political system in South Africa, with ‘The Demagogues of Azania’. ‘Slightly Famous’ is about what’s wrong with being a star. My songs are more a reflection on how we function as a society and everything that’s hypocritical about us.

Is ‘Who am I’ a social expression album?
At 13, I already didn’t see myself as part of mainstream society. I felt as though I existed on the edge of society. I always wore black. And actually, I still feel that way. When I travel around the world today, this feeling is still there. The songs, as well as the name of the band, have to do with not always fitting in but still saying what you want and expressing yourself. It is a human expression album.

What are the plans for next year?
To continue to travel the world between Berlin, South Africa and the Mediterranean and let myself be inspired. And, of course, to start work on a new album.